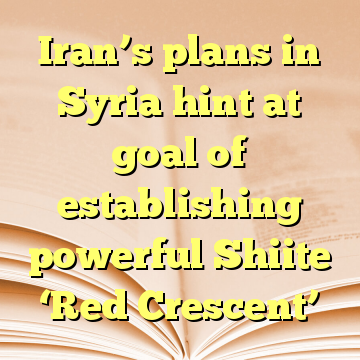 Maj. Gen. Mohammad Bagheri, who became the armed forces chief of staff last year, was photographed in Aleppo visiting Iranian forces and viewing other conflict areas, according to the National Council of Resistance of Iran. Iran, and intense Russian aerial assaults, played a big role in what critics say was a brutal siege of the city that broke the back of anti-Assad rebel forces in the west.

Behind the scenes, Gen. Bagheri and his staff met three times with Mr. Assad and his high command, the National Council says in an intelligence report. [ Source: Washington Times (Read More…) ]