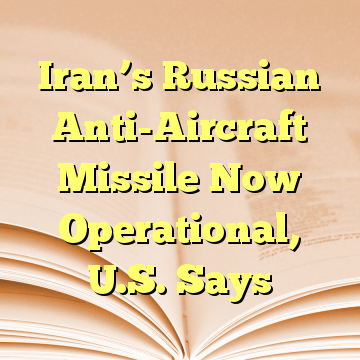 Israeli Prime Minister Benjamin Netanyahu, who’s visiting Washington this week, is pushing the Trump administration to take stronger action to counter Iran’s role in the war in Syria and its provision of increasingly sophisticated weapons to its allies in the Lebanese militia Hezbollah. While Trump has vowed to stem Iran’s growing power in the region, the U.S. has maintained that America’s combat role in Syria is limited to preventing a revival of Islamic State terrorists. [ Source: Bloomberg (Read More…) ]