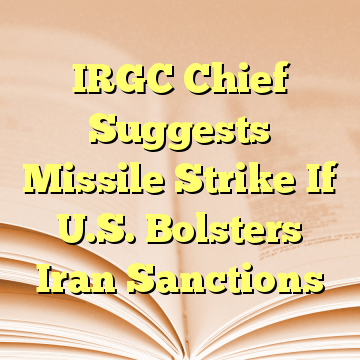 (Worthy News) – The head of Iran’s Islamic Revolutionary Guards Corps (IRGC) has suggested that U.S. military forces in the Middle East could be in danger of an Iranian missile attack if Washington imposes new sanctions against Tehran.

Jafari’s comments on October 8 follow several media reports saying that U.S. President Donald Trump intends to announce plans to decertify the 2015 nuclear deal that global powers forged with Iran in 2015 — declaring it not in U.S. interests. The move would give the Republican-controlled Congress 60 days to decide whether to reinstate sanctions on Tehran that were suspended under the agreement.