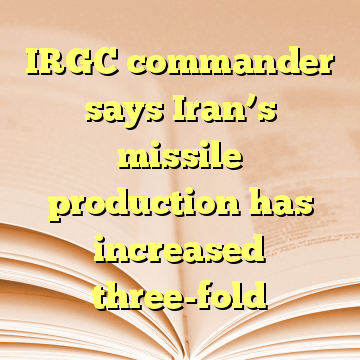 The commander did not explain during what time period the production increase had taken place.

“In the past we had to do a lot of explaining to various bodies for our actions but it’s not like that anymore,” Brigadier General Amir Ali Hajizadeh, the head of the Guards’ aerospace division said, according to Fars.

“Our production has increased three-fold compared to the past,” he said, referring to missiles.[ Source: Jerusalem Post (Read More…) ]