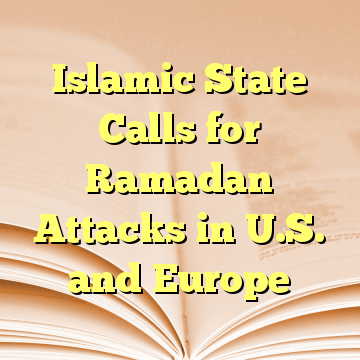 (Worthy News) – The Islamic State group is calling on supporters to carry out attacks in the United States and Europe during the Muslim holy month of Ramadan that began two weeks ago.