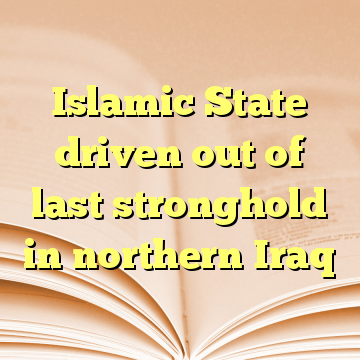 (Worthy News) – Iraqi forces announced on Thursday they had captured Islamic State’s last stronghold in northern Iraq, leaving the militant group holed up near the Syrian border as its self-proclaimed ‘caliphate’ shrinks further.

The town of Hawija and the surrounding areas fell in an offensive by U.S.-backed Iraqi government troops and Iranian-trained and armed Shi‘ite paramilitary groups known as Popular Mobilisation.

Some fighting took place to the north and east of the town where the militants were surrounded. [ Source: Reuters (Read More…) ]