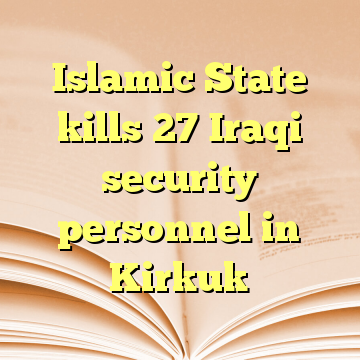 The PMF said IS set up a fake checkpoint by disguising themselves as police officers and using poor weather conditions to carry out the ambush in Kirkuk province Sunday.

IS took responsibility for the ambush in its own statement, saying it killed 20 Iraqi security personnel and burnt five vehicles. [ Source: UPI (Read More…) ]