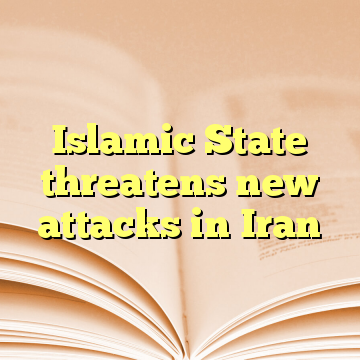 (Worthy News) – The Islamic State terror group released a video Wednesday threatening new attacks against Tehran and calling on Iranians to rise up against their country.

In a clip bearing the Islamic State’s Amaq news agency logo, a man wearing a black ski mask and holding an AK-47, threatened a repeat of the deadly attacks in Tehran claimed by the terrorist group in June.

“The same way we are cutting the necks of your dogs in Iraq and Syria we will cut your necks in the center of Tehran,” the man said, according to a report in Reuters. [ Source (Read More…) ]