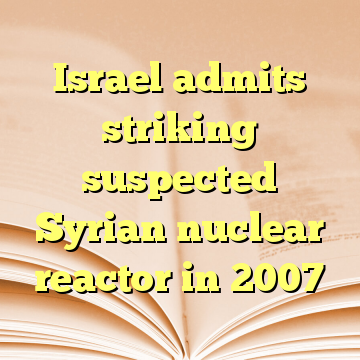 (Worthy News) – Israel’s military has formally admitted that it destroyed a suspected Syrian nuclear reactor in 2007.

It said the air raid in the eastern Deir-al-Zour region had removed “an emerging existential threat to Israel and the entire region”.

It said the reactor was close to being completed. It is long been thought Israel was responsible, but it never acknowledged this until now.

Syria has repeatedly denied that the bombed site was a nuclear reactor. [ Source: BBC (Read More…) ]