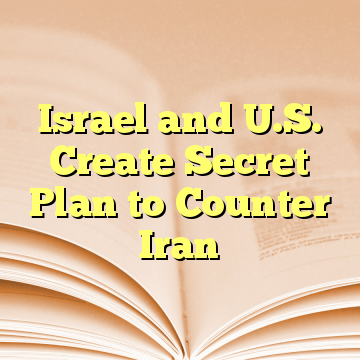 (Worthy News) – The United States and Israel are working hand in hand to counter dangerous Iranian activity in the Middle East. According to Axios News, a strategic partnership agreement was reached during a secret meeting between Israeli and U.S. officials in the White House on December 12th.

A senior U.S. official told Axios that after two days of talks the U.S. and Israel “reached at a joint document which included understandings on countering Iranian actions in the region.”