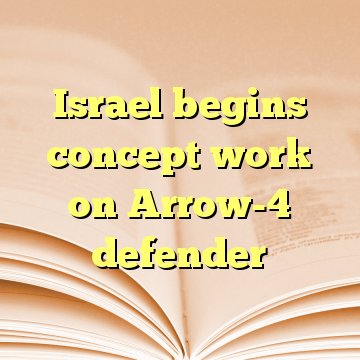 (Worthy News) – Israel’s Defense Ministry and industry developers have begun early work on what could evolve into the Arrow-4, a new missile-intercepting system to defend against much more sophisticated, future threats from Iran.

In interviews here, defense and industry sources assess the specter of massive salvo strikes, sub-munition warheads and multiple reentry vehicles, or MRV, as the next major technological challenges that Israel’s integrated, multitiered national defense network may have to contend with a decade down the road.

To this end, Israel’s MAFAT Defense Research and Development Authority is working with state-owned Israel Aerospace Industries and other firms to evaluate technologies needed to improve the ability to track, target and ultimately destroy such threats. [ Source:Defense News (Read More…) ]