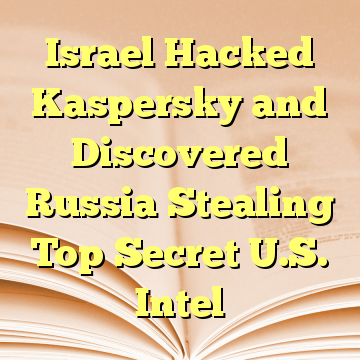 The Israeli officials who had hacked into Kaspersky’s network over two years ago then warned their U.S. counterparts of the Russian intrusion, said The New York Times, which first reported the story.

That led to a decision in Washington only last month to order Kaspersky software removed from government computers. [ Source: Ha’aretz (Read More…) ]