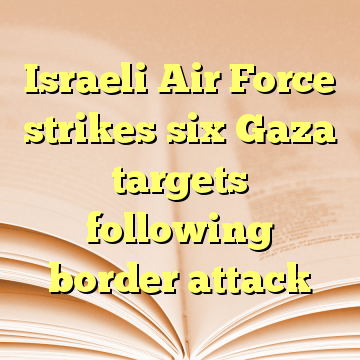 (Worthy News) – A home in the Sha’ar HaNegev Regional Council was directly hit by a rocket launched from the Gaza Strip Saturday evening following an attack on the border in which four soldiers were wounded.

A bomb was detonated against their jeep as they patrolled the border fence on Saturday.