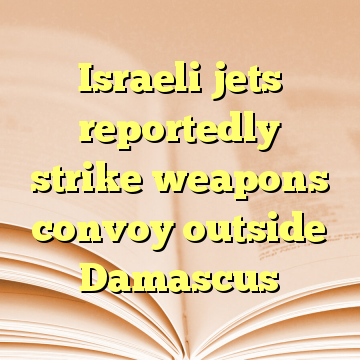 According to reports, the three separate strikes were carried out near the Damascus International Airport, an area known to be a stronghold of the Iranian-backed terrorist group.

Images of the alleged Israeli strike uploaded to social media showed a smoke and large ball of fire from the area near the airport. [ Source: Times of Israel (Read More…) ]