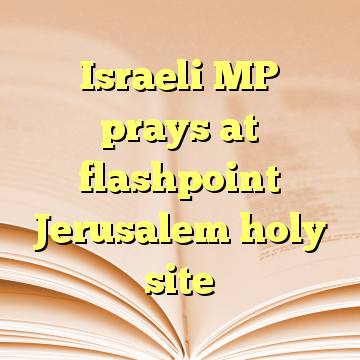 (Worthy News) – Israeli lawmaker Yehuda Glick, shot in 2014 over his campaign for Jewish prayer an ultra-sensitive Jerusalem holy site, visited there on Tuesday during a one-day break in a government ban.

Some Muslim worshippers yelled “Allahu akbar” (God is greatest) as he left and he waved to them.[ Source (Read More…) ]