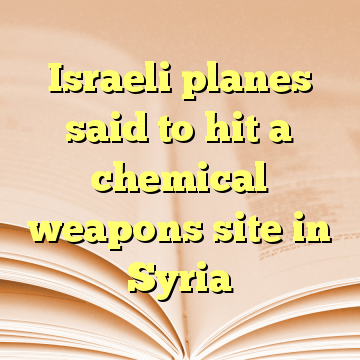 According to the reports, the target was a Syrian Scientific Studies and Research Center (CERS) facility near Masyaf in the Hama region. There was no immediate comment from the Israeli military.

CERS is a Syrian government agency that Western officials have long associated with the production of chemical weapons.

A senior member of the Syrian opposition, citing security officials still working for the regime at the time, told The Times of Israel in 2014 that Assad’s forces were stockpiling chemical substances and missiles carrying chemical warheads at the site, which was not made available to international inspectors tasked with ensuring the destruction of the weapons. [ Source (Read More…) ]