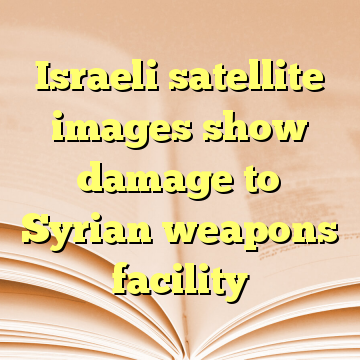 (Worthy News) – An Israeli satellite imaging company released photographs on Sunday showing the effects of last week’s airstrike on a Syrian weapons base that was attributed to the Israeli Air Force.

Western officials have long associated the CERS facility with the production of precision missiles, as well as chemical weapons.