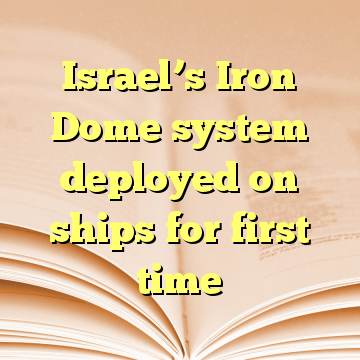 (Worthy News) – Israel’s military has for the first time deployed its Iron Dome rocket defense system aboard a ship.

Head of the Weapons Department in the Israeli Navy Col. Ziv Barak said the system will defend Israel’s ships and “strategic assets” at sea, like its offshore gas platforms, and is now operational.

The announcement Monday came after the military said it had successfully tested the system in an exercise where “projectiles that simulated existing threats in the region” were intercepted. [ Source: Fox News (Read More…) ]