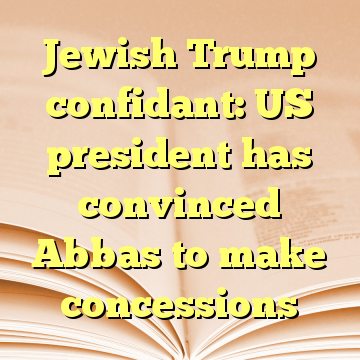 Lauder is the Jewish leader closest to Trump: their families have been friends for decades; he has free access to the president; and he has advised him on how to advance diplomatic initiatives in the Middle East. He also has built up ties with Arab leaders for decades and was Netanyahu’s unofficial envoy to Syria in the latter’s first term as prime minister.

Behind the scenes at the conference, Lauder briefed ministers Naftali Bennett, Ayelet Shaked and Ofir Akunis, as well as opposition leader Isaac Herzog on his impressions from talking to Trump about how to solve the Israeli- Palestinian conflict. [ Source ]