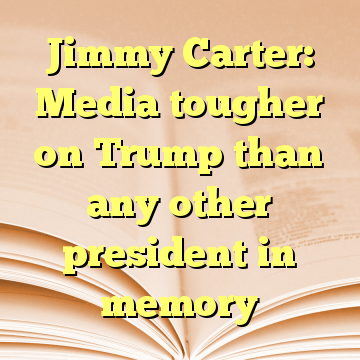 (Worthy News) – Jimmy Carter, the liberal 93-year-old former president, surprisingly sided with President Trump when he told The New York Times that the media have been been too hostile on the current commander-in-chief.

“I think the media have been harder on Trump than any other president certainly that I’ve known about,” Carter told The New York Times columnist Maureen Dowd. The 39th president served one term from 1977 to 1981.

Carter added that he thought the media “feel free to claim that Trump is mentally deranged and everything else without hesitation.” [ Source (Read More…) ]