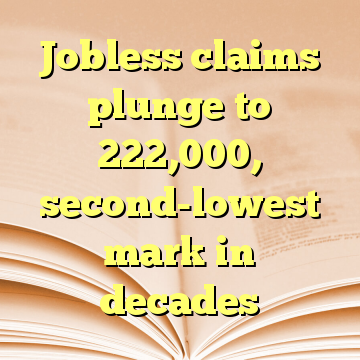 (Worthy News) – New applications for unemployment benefits dropped 7,000 to 222,000 in the second full week of February, the Department of Labor reported Thursday, the second-lowest mark of the recovery and a good sign for the economy.

Forecasters had expected new jobless claims to remain steady at an ultra-low 230,000. Lower claims are good news because they mean fewer people are getting laid off.

Thursday’s mark is the lowest since the early 1970s, setting aside the week of January 13, when claims touched as low as 216,000. [ Source: Washington Examiner (Read More…) ]