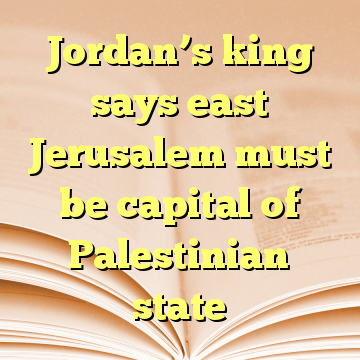 (Worthy News) – In remarks during talks with US Vice Mike Pence in Amman, the king said the only solution to the Israeli-Palestinian conflict was a two-state one.

“The US decision on Jerusalem …does not come as a result of a comprehensive settlement of the Palestinian-Israeli conflict,” the monarch told Pence at the start of the talks in the royal palace.

Jordan lost east Jerusalem and the West Bank to Israel during the Arab-Israeli war in 1967. [ Source (Read More…) ]