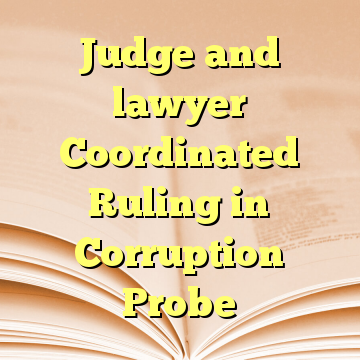 (Worthy News) – Battling lengthy investigations into alleged corruption, Prime Minister Benjamin Netanyahu has defended himself against allegations of graft by lashing out at some of the most respected institutions of Israeli democracy.

He has accused “shady left-wing forces” of masterminding a deep-state conspiracy against him. His allies have slammed demonstrators protesting corruption as “anti-Israel operatives.” He has labeled negative reporting of him as “fake news” and said that the media is engaged in “an obsessive witch hunt against me and my family with the goal of achieving a coup against the government.”

In recent months, as police closed in on recommendations to indict him, the prime minister cast aspersions on the integrity of Commissioner Roni Alsheich. He said police were doing all they could to bring him down. And when the recommendations did come, with police saying he should be charged with fraud, breach of trust and bribery in two case, he accused the force of “slander and lies.”

But it was Tuesday’s revelation of possible collusion by a judge and a Securities Authority investigator in one of the corruption investigations, the so-called Case 4000, that risks doing far more damage than any aspersions cast by Netanyahu to the public trust in that most fundamental of Israel’s democratic gatekeepers: the judiciary.

The consequences could even go beyond Case 4000 and may impact the other cases (police case designations 1000, 2000, 3000 and 1270) that directly or indirectly involve the prime minister. [ Source: Times of Israel (Read More…) ]

A judge presiding over hearings in a major corruption case asked to be removed from her duties after Channel 10 exposed that she had coordinated rulings with a government lawyer working the hearing, the Justice ministry said Sunday.

Judge Ronit Poznanski-Katz reportedly exchanged WhatsApp messages with the legal advisor of the Israel Securities Authority Eran Shahm-Shavit regarding how long to keep suspects in the “Bezeq affair” under arrest.