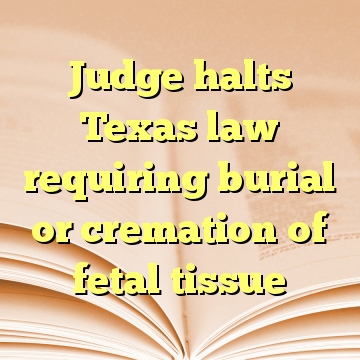 (Worthy News) – A federal judge on Monday placed a temporary halt on a Texas law requiring abortion providers to dispose of aborted fetal tissue through burial or cremation, saying the state has not shown how the measure has a public health purpose.

“No health and safety purpose has been articulated despite (the regulation‘s) presence in the Texas Health and Safety Code,” Ezra wrote, adding the halt was to remain in place until a decision from a forthcoming federal bench trial. [ Source: Reuters (Read More…) ]