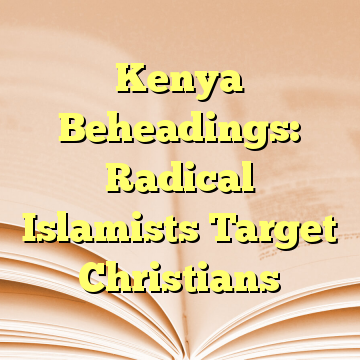 Village Muslims in the Pandanguo settlement of Lamu County helped Islamic extremists from the Somalia-based Al Shabaab identify locations where the Christians resided, a survivor of the attack told Morning Star News from a hospital in Mpeketoni. Several of the victims were beheaded.

The assailants killed four non-Muslims in Kipini (sometimes called Kadundu) on Sunday (July 9), not far from the Boni forest, a reputed hiding place of Al Shabaab rebels battling the government in Somalia. Early Saturday morning in Jima they killed nine non-Muslims in attacks that began at around 11 p.m. the previous night, shooting some and hacking others to death with machetes, including beheadings, area sources said. [ Source: Morningstar News ]