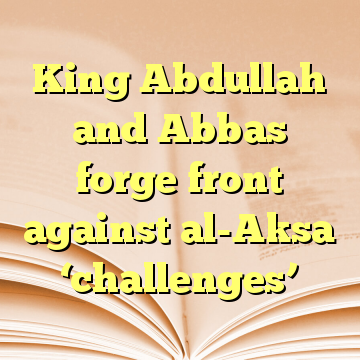 Maliki, at the close of the king’s first visit to Ramallah in five years, said a joint working group was being formed to focus on issues related to protecting the mosque, according to the official Palestinian news agency Wafa.