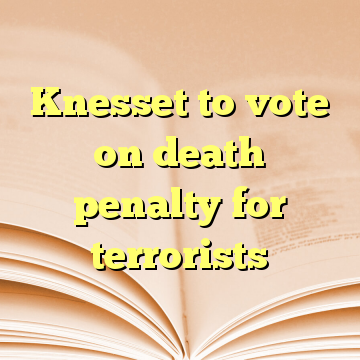 The bill will be brought to a preliminary vote in the Knesset plenum.

MK Robert Ilatov, Yisrael Beytenu Parliamentary Group Chairman, said, “Today is a historic day in the State of Israel. After years in which the Yisrael Beytenu party has been promoting the death penalty for terrorists and after it was rejected by the Knesset and the government, today the death penalty bill for terrorists has finally been approved by the coalition leaders’ forum.” [ Source: Arutz Sheva (Read More…) ]