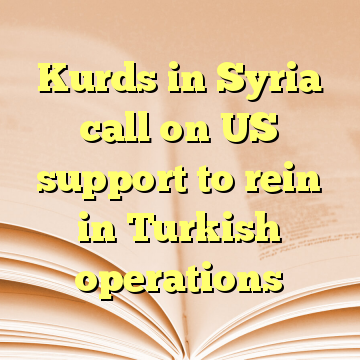 (Worthy News) – Syria’s Kurdish militias have grown frustrated with the United States and its stance over the assault by Turkish forces in Afrin, on mainly-Kurdish areas of northwestern Syria near the Turkish border.

“How can they stand by and watch?” Aldar Khalil, a senior Kurdish politician, asked of the US-led coalition. “They should meet their obligations towards this force that participated with them (in the fight against terrorism). We consider their unclear and indecisive positions as a source of concern.”

Turkey began an offensive, dubbed Operation Olive Branch on January 20 with the stated aim of hitting positions held by the Kurdish People’s Protection Units (YPG) and “Islamic State” militants, although IS is not known to have a presence in Afrin. Turkey, a NATO ally to the United States, views the main Kurdish militia as an extension of the Kurdish insurgency it has battled for decades. [ Source: Deutche Welle (Read More…) ]