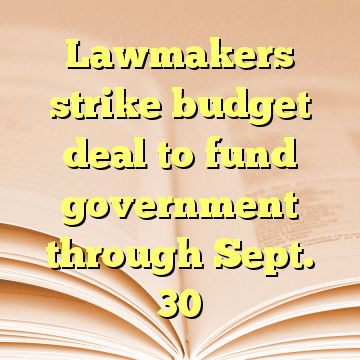 Republican and Democratic lawmakers agreed to a $1.070 trillion package to fund the government through September 30.

Senate Minority Leader Chuck Schumer, D-N.Y., praised the budget deal as a “good agreement for the American people” that “takes the threat of a government shutdown off the table.” [ Source ]