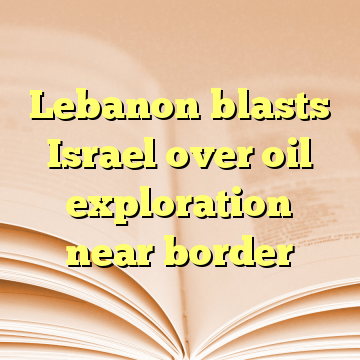 (Worthy News) – Lebanon’s energy minister vowed Thursday that Beirut will go ahead with oil and gas exploration near its maritime border with Israel, despite Israeli claims to the field that provoked wide condemnation in the tiny Arab country.

Cesar Abi Khalil’s comments to The Associated Press came a day after Israel’s defense minister described as “very provocative” Lebanon’s offshore oil and gas exploration on the countries’ maritime border and suggested that Lebanon had sought bids from international companies for a gas field “which is by all accounts ours.”