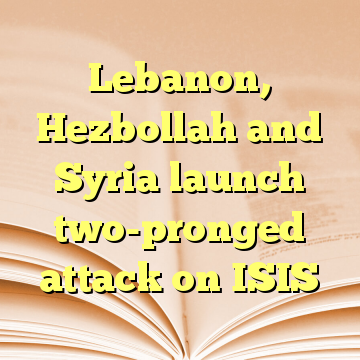 (Worthy News) – Lebanese troops launched an offensive against the Islamic State (IS) group Saturday close to the Syrian border where the extremists have been active for several years.

The Lebanese army has initially sought to keep out of the conflict, but has been forced to take action since extremists of IS and then al-Qaeda affiliate Al-Nusra Front assaulted the border town of Arsal in 2014 and abducted 30 soldiers and police.

“In the name of Lebanon, in the name of kidnapped Lebanese soldiers, in the name of martyrs of the army, I announce that operation ‘Dawn of Jurud’ has started,” army chief General Joseph Aoun said Saturday. [ Source (Read More…) ]