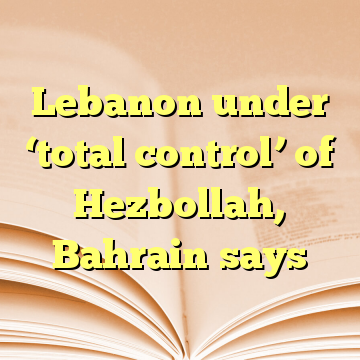 (Worthy News) – Saudi Arabia warned Sunday that it would not stand idly by in the face of Iranian “aggression,” as Bahrain said the Iran-backed terrorist group Hezbollah was “in total control” of Lebanon.

The foreign ministers of both Gulf states spoke at an extraordinary general meeting of the Arab League at its Cairo headquarters, called by Riyadh.