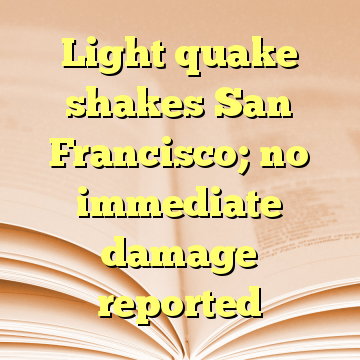 (Worthy News) – A light earthquake shook California’s San Francisco Bay Area early on Thursday, waking many, but there were no immediate reports of damage.

The U.S. Geological Survey said the shallow quake was of magnitude 4.5 and occurred at 2:39 a.m. (5:39 EST). Its epicenter was in Berkeley, across the bay from San Francisco.

A spokesman for the California Governor’s Office of Emergency Services said there were no reports of harm to the region. [ Source: Reuters (Read More…) ]