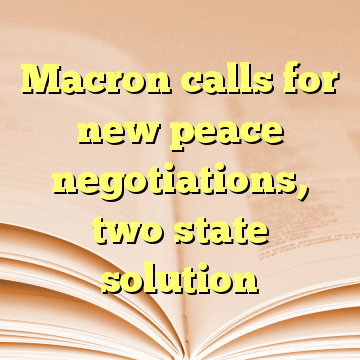 “Everything must be done to advance negotiations, especially considering the regional threats, and we must open new negotiations for this issue,” said Macron at a joint press conference at the Élysée Palace, the French presidential compound in Paris.

“I would like to support the pursuit of a solution for the Palestinians and the Israelis with the capital in Jerusalem for these two entities,” said Macron, who was elected in May. “France is going to give all the help, political and any other that is needed, according to the international community’s principles.” [ Source:i24 (Read More…) ]