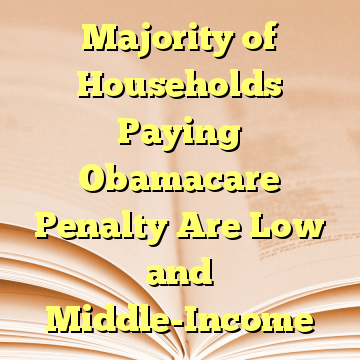 (Worthy News) – The majority of households paying the Obamacare penalty in 2015 were low- and middle-income households, according to the most recent data from the Internal Revenue Service.

The Affordable Care Act individual mandate requires that Americans pay the individual shared responsibility payment, otherwise known as a penalty or a tax, if a household or individual fails to have health care coverage.

There were 6,665,480 households who chose to pay the Obamacare penalty in that year rather than signing up for Affordable Care Act coverage. They paid a total of $3,079,255,000.