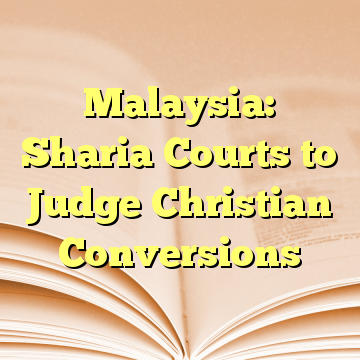 (Worthy News) – A recent Malaysia Federal Court ruling that apostasy cases should be heard in Sharia courts has led to disappointment for the country’s Christians, but determination from Islamic groups to prevent Muslims from converting out of their faith.

Members of the Sarawak Evangelical Christian Association (SECA) said they’re troubled over the court decision because it violates freedom of religion guarantees in the country’s constitution.

“We see the unfair and unjust treatments of the four appellants in their studious attempts to exercise their right to the freedom of religion in the state,” said a statement released by SECA. [ Source: CBN News (Read More…) ]