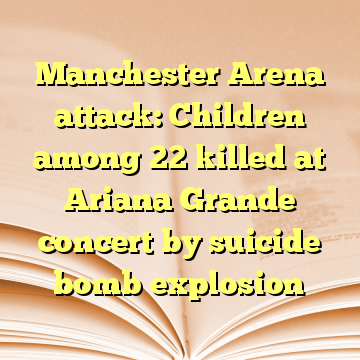 (Worthy News) – A suicide bomber has killed 22 people – including children – in an explosion that tore through fans leaving an Ariana Grande pop concert in Manchester.

At least 59 people were also injured when the blast caused by an improvised explosive device carried by the attacker detonated at the Manchester Arena after the performance on Monday night.

Victims described being thrown by the blast, which scattered nuts and bolts across the floor, and told of seeing smoke and smelling burning in the foyer area. [ Source ]