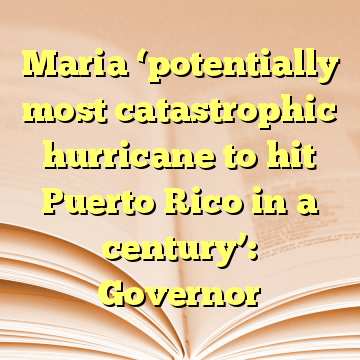 (Worthy News) – As residents of Puerto Rico brace for Hurricane Maria — which slammed into the Caribbean as a Category 5 storm Monday night — Puerto Rico’s governor is calling the storm “the biggest and potentially most catastrophic hurricane to hit Puerto Rico in a century.”

Maria, which has left at least two dead in the Caribbean, is forecast to “remain an extremely dangerous Category 4 or 5 hurricane” as it approaches Puerto Rico early Wednesday, the National Hurricane Center said.