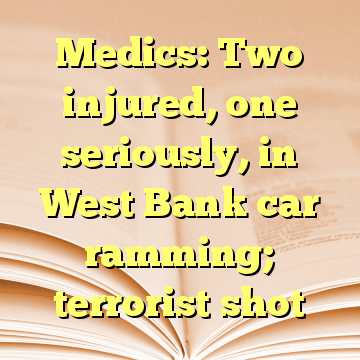 (Worthy News) – A Palestinian terrorist rammed his car into two people, seriously injuring one of them, before getting shot while trying to stab soldiers in the central West Bank on Friday morning, the army said.

The driver of the vehicle, who has yet to be named, rammed his car into the first victim, a 70-year-old man, who sustained a light head wound, at the Efrat South junction, medics said.

He continued down the road to the nearby Gush Etzion Junction where he hit another Israeli man, 35, according to the Magen David Adom ambulance service.[ Source: Times of Israel (Read More…) ]