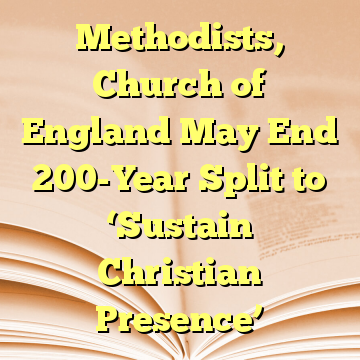 (Worthy News) – Leaders of the Church of England will debate at their governing body next month whether they should have a priest-sharing arrangement with the Methodists to “sustain Christian presence.”

The proposal will be discussed at the General Synod in February, as there are “serious challenges in sustaining a Christian presence,” according to The Telegraph, which spoke to some leaders of the denomination.

“Whilst such co-operation is already possible and practised in many rural contexts, priests/presbyters exercising ministry in both churches at the same time could build on that in new ways,” the Rt Revd Dr Christopher Cocksworth, Bishop of Coventry, said in a statement. [ Source: Christian Post (Read More…) ]