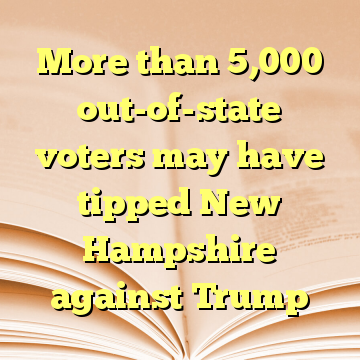 (Worthy News) – More than 6,500 people registered to vote in New Hampshire on Nov. 8 using out-of-state driver’s licenses, and since then the vast majority have neither obtained an in-state license nor registered a motor vehicle.

But more than 80 percent of voters who registered on Nov. 8 using out-of-state driver’s licenses, or 5,313 of them, neither had a state license nor registered a motor vehicle almost 10 months later.