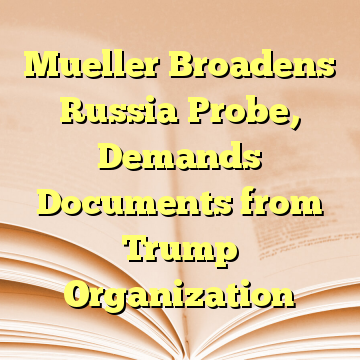 (Worthy News) – Special counsel Robert Mueller is broadening his investigation into possible collusion between Russia and the Trump campaign, subpoenaing the Trump Organization to hand over documents.

Some of the documents are related to Russia, according to the New York Times, which first broke the story.