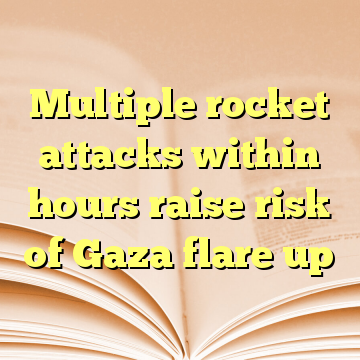 (Worthy News) – Multiple mortar shells were fired from the Gaza Strip towards southern Israel on Wednesday afternoon, causing no damage or injuries.

The first mortar fell inside Israel’s Eshkol Regional Council close to the Gaza border fence at around 2 p.m. and a second was launched around an hour and a half later. The first two rockets did not activate the rocket alert siren since they were heading towards open territory but sirens sounded around 5 p.m. when a third mortar also landed in the Eshkol region.

It was the third rocket to strike Israeli territory in under a week, and according to the IDF, after finding no shrapnel from the first two launches it is suspected that they fell within the Hamas-run enclave. [ Source: Jerusalem Post (Read More…) ]