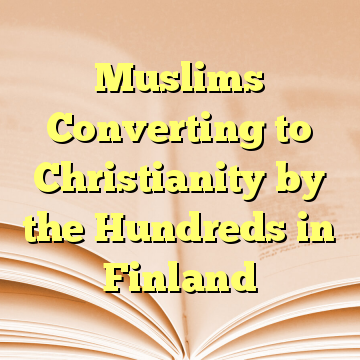 (Worthy News) – Hundreds of asylum seekers from the Middle East, including from Iran and Iraq, have converted to Christianity in Finland, according to officials in the Finnish Evangelical Lutheran community.

A report in Finnish media Yle Uutiset says the conversions are estimated to be several hundred in recent years within the country’s Evangelical Lutheran Church.

The converts are from Afghanistan, Iran, Iraq and other countries, and the denomination’s parishes have established special confirmation classes for the Muslim immigrants seeking to become Christian. [ Source:Christian Post (Read More…) ]