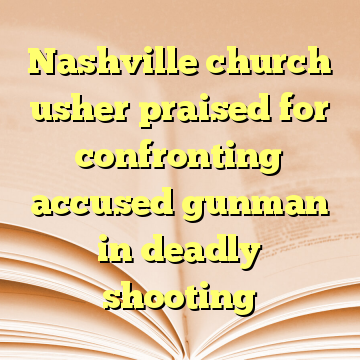 (Worthy News) – Church members praised an usher who confronted the gunman in a deadly shooting at a Tennessee church.

The suspect is 25-year-old Emanuel Kidega Samson. He was in police custody after shooting himself Sunday by accident. Nashville police said Samson killed one woman in a parking lot and wounded seven other people. He is a legal U.S. resident who came from Sudan in 1996.