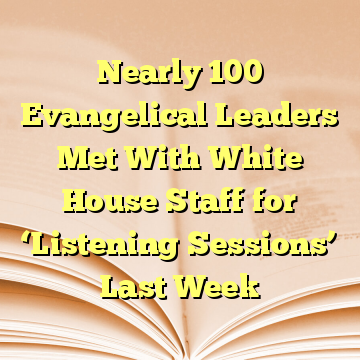 “The White House has continued to have listening sessions with evangelical leaders and they had three more this week. Almost 100 evangelicals [participated],” Moore, who heads a public relations company that serves many notable evangelical pastors, said Friday. “Each listening session was about two hours and involved briefings from administration officials and an opportunity for folks to express their thoughts on various issues.”