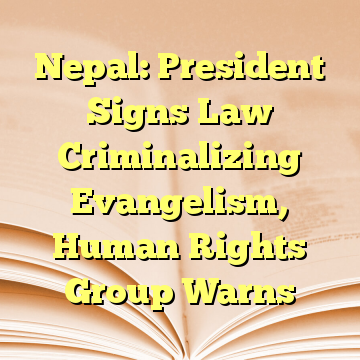 Bhandari’s reported signing of the criminal code bill comes after lawmakers passed the legislation in August. At the time, it was reported that religious conversion would be punishable by up to five years in prison while hurting religious sentiments would be punishable up to two years in prison. The president was urged by religious freedom activists not to sign the law. [ Source: Christian Post (Read More…) ]