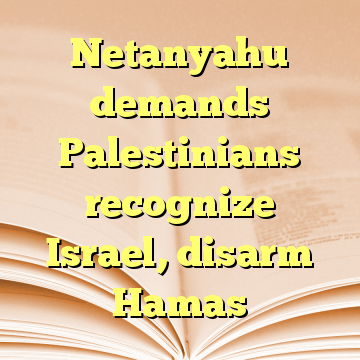 “We have a very straightforward attitude toward anyone who wants to effect such a reconciliation: recognize the state of Israel, dismantle Hamas’s military wing, sever the relationship with Iran, which calls for our destruction,” said Netanyahu, speaking from the city of Ma’ale Adumim in Judea and Samaria. [ Source: JNS (Read More…) ]