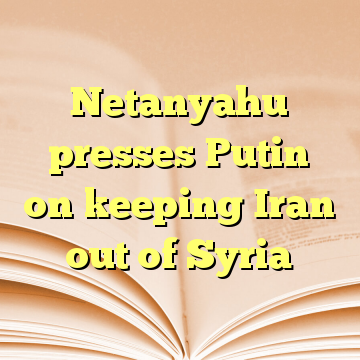 The conversation was the latest in a series of high-level contacts between Israel and Russia, amid a dispute between the countries over allowing Iran and Shiite militias backed by Tehran to maintain a foothold near in Syria near the Israeli border.

“The conversation lasted about half an hour and dealt with Syria, and Iran’s attempt to entrench itself in Syria,” Netanyahu’s office said in a statement. “Netanyahu insisted on Israeli security and reiterated his opposition to Iran’s entrenchment in Syria.” [ Source: Times of Israel (Read More…) ]