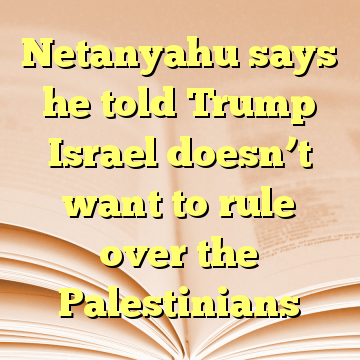 (Worthy News) – Less than one-fourth of his meeting with US President Donald Trump on Monday was devoted to the Palestinian issue, Prime Minister Benjamin Netanyahu told reporters hours later in a briefing.

“The issue of the Palestinians came up in the terms I described — the security question,” Netanyahu said. “Not more than quarter of the time [we discussed] the Palestinians.”

The Israeli premier added that the Trump administration has not showed him its much-anticipated peace plan, which officials have said they are finalizing and plan to unveil in the near future. They have given no specific timetable. [ Source: Times of Israel (Read More…) ]